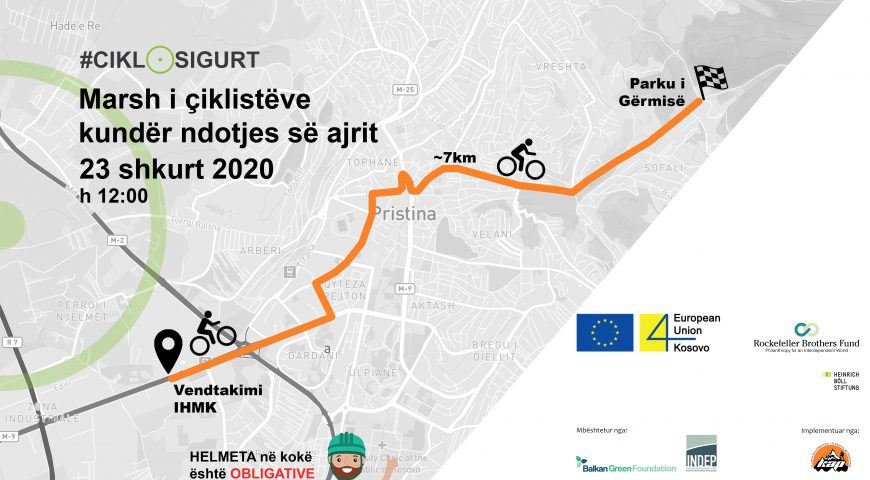 We invite you to participate in the cycling march against air pollution in Pristina.

The march trajectory is 7 km long and will run along the road segments shown graphically on the map.

Purpose of the activity:

Cyclists are concerned about the high level of air pollution in Pristina, which also comes as a result of the dominance of motor vehicles on the streets of the capital.

In addition to the minimum infrastructure conditions and poor safety for the cyclist community, cyclists now face unhealthy air (in such conditions of poor air quality it is not recommended to cyclize).

The march aims to raise the awareness of society towards the use of sustainable and environmentally friendly transport – Bicycle.

Note: The helmet on the head is OBLIGATIVE.