Kosovo has a central geographical position on the Balkan Peninsula that has a connecting role between northern and southern, western and eastern parts, but also of central Europe. Its natural conditions are quite favorable. They make Kosovo a crossroads between the Adriatic, the Panonia Field and the Aegean Sea. Kosovo lies between 41 ° 50'58 ``and 43 ° 51'42`` of northern latitude and 20 ° 01'30 ``and 21 ° 48'02`` of eastern longitude. Although a small land area (10.887 km²), with 2.1 million inhabitants (1991 estimate) and an average density of 192 inhabitants per km², Kosovo represents the most densely populated area, not itself in the Albanian lands, but all over the Balkan Peninsula.

The total length of Kosovo's border with neighboring countries is approximately 700.7 km. In terms of natural features, the boundary line extends mainly through high mountain quotas.

The geographical name of Kosovo dates back to prehistoric times and is of Illyrian origin. The base of the name is the word kos-kas, which means hill, mountain and va / va which means plateau. 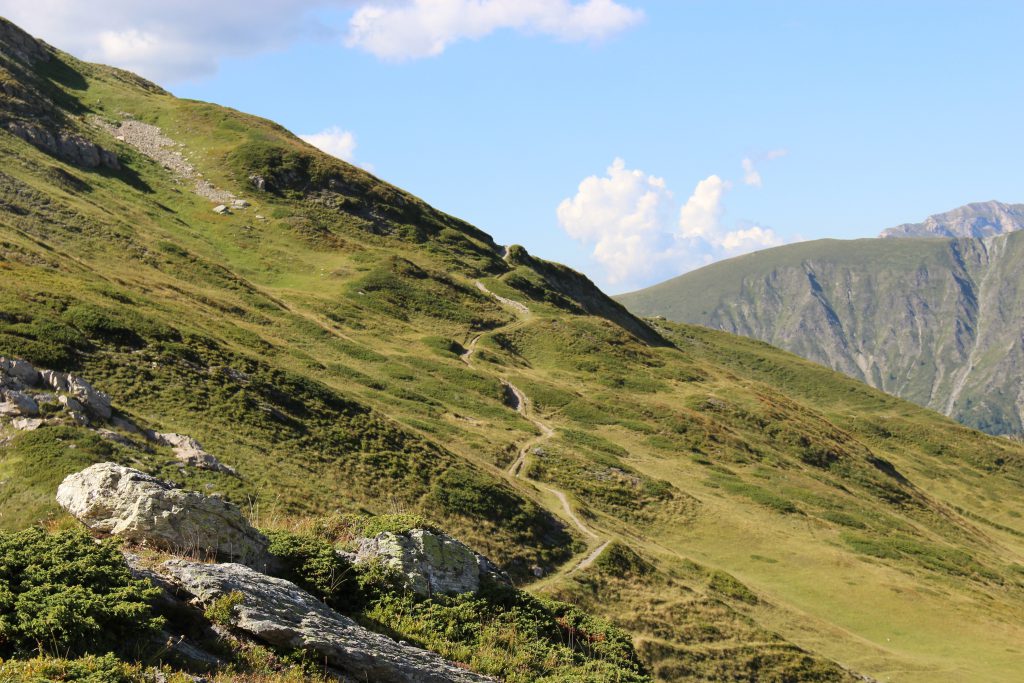 In these mountains and especially in the eastern part of Kosovo, in various geological processes, large metallic and nonmetallic mineral resources (lead, zinc, chromium, nickel etc.) have been created. Rocks with plastic composition (clays, sandy clays, sandstones, etc.), mainly fill the various holes in: Kosovo, Dukagjin, Drenica, Llap, Anamorava etc. Large amounts of lignite have been found in these sediments, especially in the central part of the Kosovo Basin.

Kosovo lies in the southern part of the geographical middle band of the northern hemisphere and is subject to Mediterranean-continental and European-continental climate influences. The main climate factors affecting Kosovo's climate are: its position towards 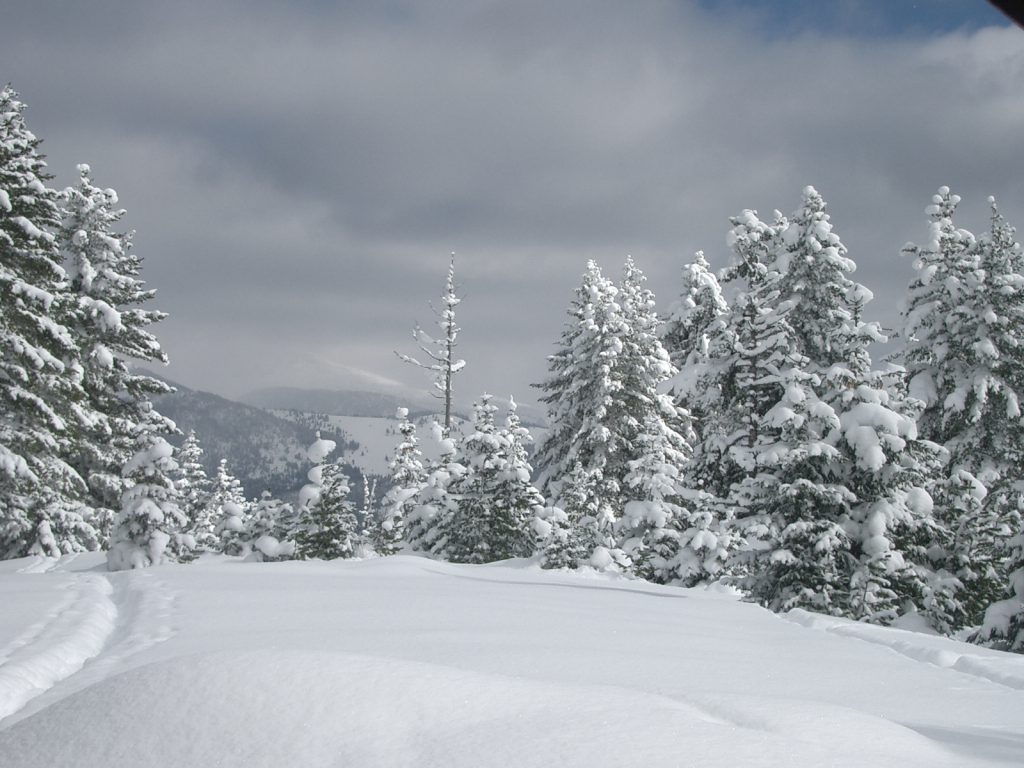 It is a climate element that matters in various economic activities (agriculture, tourism,

medicine) etc. The length of sunshine depends on astronomical, metrological and terrain factors. Sunshine is smaller in narrow valleys and river valleys as well as in mountainous areas due to increased precipitation with increasing altitude. Based on sunrise surveys at the four metrological stations (Pristina, Ferizaj, Prizren, Peja), Kosovo has an average of 2,066 hours of sunshine per year or an average of 5.7 hours per day. Pristina has the highest value of sunshine with 2,140 hours per year (Tirana has 2,561 hours) and least of Peja with 1,958 hours, Ferizaj 2067 hours and Prizren with 2,099 hours of sunshine per year. During July there is the highest amount of sunshine and the least in December.

It is a major climatic element, which indicates the degree of air heat in the layers near the ground. In Kosovo, there are thermal differences in the horizontal and vertical directions. The eastern part of Kosovo, the Kosovo Polje, Llapi, Drenica and Anamorava fields are slightly colder than the western side, ie Dukagjini. Kosovo's average annual temperature is 9.5 ° C. The hottest month is July (19.2 ° C) and the coldest month is January (-1.3 ° C). The highest average annual temperatures occur in Prizren (12 ° C), while the lowest in Pudujevo (9 ° C).

All forms of atmospheric precipitation are present in Kosovo. Rainfall in the valleys and snowfall in the high mountainous areas (Bjeshkët e Nemuna and Sharr) are the most important ones, where in the eastern part of Kosovo, on average over the year (over 600 mm) and in the western part over (700 mm) during the year we have large amounts of rainfall in the Mountains of Nemuna (1750 mm). Snowfall is common in the cold part of the year. In the lower parts of Kosovo, on average 26 days of snowfall occur, and in mountainous areas over 100 days.

The average wind speed in Kosovo oscillates from 1.3 m / s (in Peja) to 2.4 m / s (in Ferizaj). The maximum wind speed reaches 31 m / s and usually in March and April. In many localities in Kosovo winds have local designations.

Kosovo has a largely autochthonous hydrographic network, which expresses its natural boundaries. There is quite complete agreement between the hydrographic catchment and the administrative-political boundaries. Kosovo's topographic catchment area is 11,645 km² and surface administrative-political is only for 758 km² or 6.5% higher. Kosovo has a well-developed network of watercourses.

The rivers of Kosovo conditioned by geographical position and terrain, form a central hydrographic network and belong to different river systems. They are distinguished by their number and their length. Rivers are characterized by abundant water, given the large amount of rainfall this area receives during the year. As a result, they have a dense hydrographic network spread throughout the country.

In the upper parts of the relief are formed waterfalls, rapid flows, gorges, canyons and lower terraces of the river, meanders, swamps etc. In all these rivers, the basic characteristic is the great oscillation of the levels and of the water flows. The rivers of Kosovo intersect the three marine watersheds of the Balkan Peninsula, located west of Ferizaj, in Suka e Dërmanit (1,364m). On the slopes of this river are the source parts of the Sitnica, Nerodimja and Toplluga rivers which discharge water into seas such as (Black Sea, Aegean and Adriatic).

The extension of the marine watershed through undefined low terrain has created natural conditions for water bifurcation and the appearance of bifurcation phenomena such as that of Nerodime near Ferizaj. The Nerodime River sends water to the Black Sea and the Aegean Sea and is the only such phenomenon in Europe. The direction of the river flows is developed in harmony with the main forms of relief. Most of the rivers belong to the Black Sea basin 50.7%, Adriatic Sea 43.5% and Aegean 5.8%.

Another point of view

Kosovo, with all its geographical elements, is an individualized and specific space. Important roads pass through its territory, connecting Central Europe with the Mediterranean Sea coast. As such it has an important strategic position in this part of Europe. Kosovo's good geographical position also enables a variety of natural factors: geological composition, terrain, climate, hydrography, vegetation and land types, as well as underground assets that are a good basis for economic development.

With the elements of the natural landscape, it shows its differences. In such a limited geographical area, nearly all terrain categories with diverse forms and also with significant climate change have developed. Shifts in natural elements are also manifested in the types of soils and natural vegetation, making it a specific landscape. Kosovo is known for the many natural resources that have made it known, not only within the Balkan Peninsula but beyond. Agriculture is the main economic activity, with high agrarian density, insufficient mechanization, and unfavorable crop structure.

Agricultural land is 53% and 39.1% forests, about half of the agricultural land (52.3%) is arable, and one third (31%) are pastures (UNDP). The industry is in the transition phase. Such an economic profile has conditioned the dominance of the rural population over the urban one. In demographic terms, Kosovo is a compact area where Albanian nationality makes up about 90% while other nationalities about 10% (Serbs, Montenegrins, Turks, Muslims, Roma, etc.). By age, Kosovo's population is young, with the under-19s dominating at 42.5%. Its capital is Pristina, while the other major cities are Prizren, Mitrovica, Peja, Gjakova, Gjilan and Ferizaj.

Population Number - It is estimated that there are about 2.4 million inhabitants in Kosovo. This number is relatively large at an area of 10.887 km² Kosovo. Population growth is 1.3%, which is the highest in the region. During the 82 year period (1921-2003) the population has increased by 4.6 times. If population growth continues with this trend, estimates show that by 2050 the population will reach 4.5 million5

Population density - Kosovo is one of the first countries in Europe with a population density of around 220 b / km². The concentration of different economic, health, commercial, cultural, etc. functions in the cities of Kosovo has affected the large concentration of population in these centers. On the other hand, lack of infrastructure, remoteness from educational, health, cultural and other centers have affected the large migration of population from rural to urban areas, which is a double problem in the use of space. This urban revolution presents itself as a violent urbanization and a current challenge in Kosovo. Unlike other cities, Pristina as the capital is the place where not only the population of the surrounding villages gravitates but from all over Kosovo, which is followed by violations of urban living standards. Population density was also affected by the recent conflict, as houses were mostly destroyed in villages, forcing families to find shelter because of their inability to rebuild. These families are mostly settled in cities.

Other negative phenomena are: focus of population in urban centers, horizontal and unplanned expansion of cities, irrational use of agricultural land, lack of infrastructure, environmental pollution etc.

Population by Gender - The ratio between male and female percentages is 50.3% male and 49.7% female6. The male gender had the highest percentage until the 1990s, with 51.55% male and 48.45% female7. After the 1990s, as a result of emigration and the conflict that struck most males, their numbers declined and the situation now stands at roughly equal.

Population by Age - Half of Kosovo's population is under the age of 20. In Kosovo the young population category (0-14 years old) is represented by 37.4%. The participation of the population aged 15-64 is 58%. The population over the age of 64 comprises only 4.6% 8. The dominance of the new population structure affects the high rate of natural increase.

Average life expectancy - During the nineties, the average life expectancy for Kosovo has been extended to almost 30 years, compared to the fifties (from 46 to 74 years). There are currently no data or estimates that would cover the period after 1999. It is reasonable to assume that the general unfavorable conditions prevailing during the period leading directly to the conflict and that immediately following the conflict had a negative impact and caused an increase in the level of poverty. 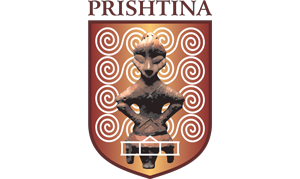